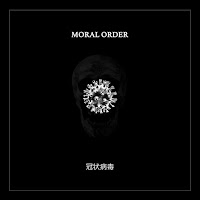 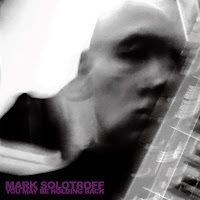 I have long maintained a want to have, and therefore review, a ‘physical’ music collection. The industrial underground will, no doubt, emerge from the current COVID-19 pandemic as resolute and bloodyminded as it ever was; but as the world retreats indoors, the smallest reassessment one can do is to move online for new music.

Both these releases snapshot the current pandemic, Spain in the grip of a surge in COVID-19 cases and the USA lurching into shutdown in reaction to a domestic crisis which may or may not – I’m not here to navigate that debate – already be committed to mirror the worst of what Europe is seeing. Moral Order’s track is destined for a 19 copy “friend’s edition” cassette, but is effectively unleashed as an online release for those outside that immediate circle. Mark’s tracks were intended for another long-form cassette (which may or may not happen post-pandemic), but likewise for now presents in online reality. Both releases are available on Bandcamp, and I purchased both on Friday’s day of fee waiver (I also don’t propose to navigate the controversies of that), with a view to making some small contribution to those in the musical community who are having their lives up-ended by society’s current upheaval and the march of COVID-19.

Title track "冠状病毒" is the invasion of infection, a striving synth drone the centre of the track but carrying a viral load of troubling components in its course. An early vocal manifestation is just the beginning, snippets of rotted voice and other small particles quickly bolstering the track as the central synth bubbles, higher registers festering and provoking swollen fissures of antagonised overtones. The track builds to add a mixture of sickly upper register drone and resonant high tones, the former vibrating in contained infestation as "冠状病毒" is overcome and ultimately wracked with contagion.

A reflection of humanity’s current plight, "冠状病毒" is short in length and quickly overcome despite initial symptoms being mild. The track may not be the reminder the world needs right now, but the tracking of contamination is superbly captured within Moral Order’s Spanish confines.

Notwithstanding its pessimistic title "A Distant Problem Coming From China" carries some sense of optimism, the recording seemingly coming at the closing end of Fernando's isolating lockdown after the rapaciousness of disease sent everyone indoors to manifest "冠状病毒". Flickers of disease still haunt the track - but its isolation manifests in a central rhythmic pulse and later repetitive melodic fragment, the two propelled by some subtle low-end groove to give some momentum to the world's plight even as shrill synthesizer calls and delayed spoken word interject as continued warnings. If "冠状病毒" acknowledges the onset of disease "A Distant Problem Coming From China" may be the passage through it, a hesitant progress to elements of normalcy even if swarmed by reminders.

If Moral Order is the sound of disease, Mark Solotroff’s work is redolent of isolation. ‘You May Be Holding Me Back’ treats field recordings with careful synthesizer infiltration, the sounds of the city kept at bay through “A Literal Territory Occupied Literally” by a thick treatment of billowing synth fog, an insistent dying wind chime, and a slow delay which accents moments of occasional field recording clarity. The claustrophobia is gradual in onset but intense: slivers of Mark’s field recordings emerge as increasingly worrisome moments while the bilious synth coagulates unperturbed, smothering the broader city’s interactions in its cloud.

The isolating effect in “All In The Straw Together” is even more intense, the walls having closed in and starting to crawl with visual infestation. The field recordings are barely discernible and the thrum of the city has disappeared, replaced with a multi-layered haze of vibrating high end hallucinating and cyclic mid-toned insomnia. “All In The Straw Together” doesn’t pretend isolation is loneliness; rather, isolation manifests as apparitional disturbance wrapped around a depressed core, flickering in and out of reality as images of the chaos outside manifest as self-isolated mania.

The race to return to normalcy will come, but impacts of the current pandemic won’t be forgotten. Within that are the artistic impressions, both negative – so many working in the arts are struggling for income at the moment – and positive – already we have two embedded artists offering up, almost instantaneously on completion, reflective creativity. Both releases can be streamed for those needing sound as an escape from their own difficulties; they can also be purchased and downloaded by those with more at their disposal.

Please contact me if you have any review content for submission. I will not review your work just because it is sent; content outside the (what I consider obvious) parameters of 'Night Science' will be discarded. I don't review links or digital releases.